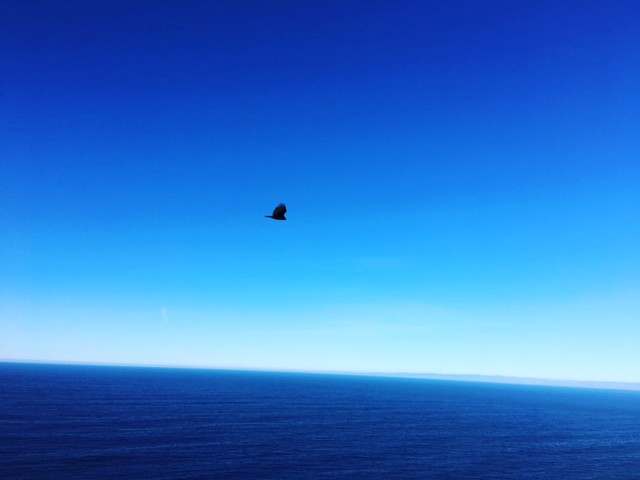 06 Jan The reluctant leader: Advice that helped me embrace leadership

Posted at 09:10h in Learn by Ernesto Rosado 2 Comments

I was a reluctant leader. In fact, I didn’t want to lead. I was perfectly happy as an individual contributor basking in the glory of a job well done: ahead of schedule, better than expected, and immediately quantifiable.

Then I was promoted to Editorial Director of the Americas at BabyCenter, and had to manage teams in three countries, as well as participate in high-level meetings that set the strategic direction of the company.

Soon after I got my promotion, the fun little pod where I sat with the rest of my colleagues from the International team was broken down. Everybody was dispersed among other peers doing similar jobs for the American site. It made sense, but it was an emotional blow.

In a few weeks I went from feeling accomplished to feeling isolated, scared and, well…reluctant to lead.

I had managed a team for 4 years at this same company, and many freelancers for over a decade before that. But this was a new level of responsibility, expectations and exposure.

Here is a sample of the fears and anxieties that crippled me:

· I will say something stupid at an Executive meeting and everybody will know that I’m an impostor and I’ve made it to this level out of pure luck.

· Since I will be managing people, and not doing things, nobody will realize what the heck I’m doing or value my work.

· My teams will hate me if I give them negative feedback.

· They know more than I do. I don’t have anything to offer.

· This is crazy! I can’t do so many things at once!

I had many sleepless nights trying to adjust to my new role and situation but it all came to the breaking point during a business trip to South Africa. I was there with five colleagues, three of them my superiors and the other two also Editorial Directors.

I didn’t feel great. I was exhausted from the very long trip, suffering from acute insomnia and in pain from an injured shoulder.

One evening after dinner the conversation turned to one of my employees. My bosses had concerns about her performance.

I got very upset. I saw my team members as a surrogate family, and I hated having one of them “attacked”. (I would learn later that professional distance and straightforward feedback are essential to help people grow but I wasn’t there yet.)

The stress of the last few months, the physical challenges I was under, and a misguided protective instinct combined to form a homemade grenade. I responded angrily and then I burst into tears.

Do you know these romantic movies, where the woman gets up from the table in the fancy restaurant and rushes away, sobbing, while her fiancé looks on with his mouth agape?

That was the scene exactly. Only it wasn’t my fiancé I left behind, but the people who would judge my performance at the end of the year.

I wish I could say this was the last time I lost control, but I can’t. The same scene happened the next morning over breakfast. I just couldn’t stop crying.

Fortunately, the people that surrounded me that week were very supportive. One of them, Anna McGrail, told me something I have never forgotten:

During the 11-hour flight back to my layover destination, I had an explosion of ideas to move my teams and the company’s goals forward. It wasn’t motivated by the fear to be fired. On the contrary, it was inspired by the courage to forget about my fear and just set down to business.

I wrote several pages, from big picture goals to the small steps to take us there. These handwritten notes ended up guiding my team’s strategy for months to come. It was a moment of mental acuity made possible by breaking through the breaking down.

Grow for your life

Back in the States, my boss facilitated a few sessions of personal coaching with Karen Jacque, from WorkSpark Consulting.

Karen gave me a second piece of advice that really helped me embrace leadership.

As it happens during any transition that entails significant change, I was still seized by misgivings and growing pains. I sometimes wondered if it was worth putting so much effort to learn a role that I wasn’t sure I wanted. Being a high-level leader had never been my goal!

But Karen said to me: “All the challenges you´re experiencing here at work, are the exact same challenges you are experiencing outside, in your everyday life. And everything you’re learning now to be a better leader, will help you have better relationships with family and friends, and better outcomes in the world at large.”

Just to give an example, I had always hated conflict, so I would tend to let a problem fester instead of giving timely feedback to an employee or a colleague. That only made the problem bigger. I did the same thing at home. By learning that it´s best to confront a work challenge as soon as it happens, in an honest and respectful way, I also learned to do the same in my personal life.

You can’t compartmentalize growth, especially when you are a leader.

Now, who doesn’t want to have a better life and be a better person? After all, jobs come and go, but you’re stuck with your own self ‘till the end of time — with your shortcomings, your fear and your insecurities. Putting the sweat equity to become a great leader was not only going to benefit the company and my team. It was going to benefit me. I made up my mind to commit to the task and gave it all my might.

Was I a perfect leader? Of course not. But over the next five years I earned the respect of my peers, consistently exceeded company goals and got shining performance reviews. Most importantly, I grew the courage to keep pushing for my growth. This courage serves me well now that I’m launching my own business, but is a never-ending struggle. Every day I work to keep myself motivated and to learn something to make me better.

As for the fears that crippled me when I took the role? Well, each of them correlated with challenges in my personal life. But the story of how I faced them belongs to another post.

Remember: nobody is born a leader, but you can learn to soar.