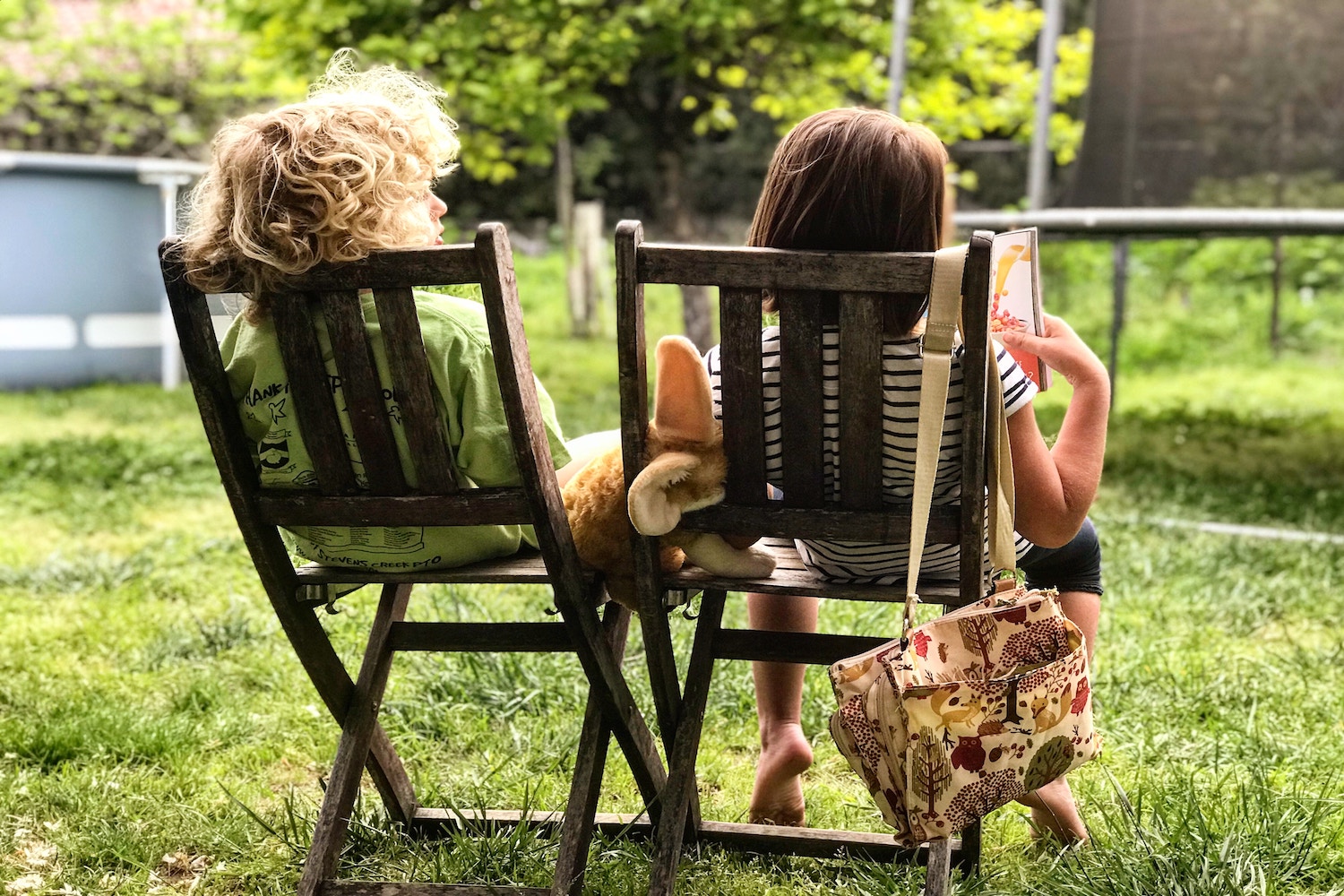 Jo Ann Beard’s evocative voice and vivid sense of place in “Cousins,” an essay from her collection The Boys of my Youth, awed me, but the story’s fragmentary structure obssessed me. Why did Beard choose it and how did she achieve cohesiveness within it? I had to understand how it worked.

“Cousins” has nine asynchronous fragments that narrate seemingly disconnected moments in the life of four women: two cousins (Jo Ann Beard and Wendell) and two sisters (their mothers). It starts when the sisters are pregnant, and ends when the cousins are in their early twenties.

A subtly executed theme provides unity throughout: Against change and loss, life offers the continuity of family — and especially, of sisterhood.

The theme comes through in the circular structure of the essay, as well as in the repetition of symbols, words, and situations.

The parts of the whole

Here is a summary of the nine scenes. They cover around twenty-five years, but jump back and forth in time:

These sisters that smoke together, fish together, cook together, and have babies together, hold a never ending conversation and connection that is replicated in Beard and Wendell’s strong bond. Death may take one of them — as it took Grandpa — but the sisterhood ties will go on.

The theme of change is called out in scene 6, when Wendell and Beard see a piece of fabric in their grandmother’s quilt that used to be seersucker, and now it’s not. “We think that over for a few minutes, how things change, how nothing can be counted on.” This change is so upsetting they “put the cooler over the unsucked seersucker so we can quit thinking about it.”

Against change and loss, women’s bonds endure, out of time. In the last scene, Beard’s aunt — visiting her sister in the hospital — is knitting, and makes a mistake: “Goddamn. I did it again.” She unravels the misshapen piece with her sister’s help and resumes knitting. The knitting, unraveling, and re-knitting remind us of Penelope, weaving and unweaving a never-ending shroud while waiting for Odysseus, to trick finite time (and her suitors) with infinite love.

The circularity of women’s time is reinforced in the repetition of words, symbols, and actions. The first and last fragments of the essay start with the same words: “Here is a scene. Two sisters…” In the first, the sisters are pregnant with the cousins. In the last, the sisters talk about Wendell, who “is ready to have a baby any day now,” as her aunt lies dying.

Aside from the pregnancy marking generational continuity, the repeated first words set apart these two scenes from the others as imagined situations. Beard was an embrio in scene 1 and she wasn’t present in scene 9, but she reconstructs them with a richness of detail that brings out their emotional truth. The sisters’ bond — strong but never sentimental — bookends with these imagined scenes their daughters’ own bond.

Adding to the circularity, the grandfather whose funeral we saw in scene 5 reappears in scene 9, reinforcing the idea of timelessness above death. Beard’s mom sees him when morphine takes her to a twilight space between dreams and reality.

A fish becomes a recurring thematic symbol. In scene 1, Beard’s aunt catches a fish and it breaks out of the lake, high into the air. In the last scene, Beard’s mom, swimming in the lake of her subconscious, sees a jumping silver fish that gets tranformed mid-air into a silver baton that “refuses to drop back down.”

This image echos the silver baton that Beard’s older sister throws in the air before the parade in scene 3, even though she’d been warned not to do it. Because just as the unbreakable bond of sisterhood defies time, death, and loss, the Patterson women —sisters, cousins, and the ones to be born — defy convention by refusing to be good girls and displacing men from the center of the story.

The sisters dress in men’s clothes, swear like sailors, smoke even when sick with cancer, can’t dance at unison with the rest of the line dancers at the wedding, and criticize every relative while keeping the family tight. Meanwhile, the cousins play with “dirty Barbies” who drink and go to clubs, cause a commotion during their grandfather’s wake, drink and do drugs in their early twenties without an ounce of guilt, and throw an itchy corsage into the cornfields. As much as they would like to be good-hearted women, “being from the Patterson clan, [they] just don’t have the temperament for it.”

Fathers and boyfriends appear in the periphery, when a parade “calls them from the fields,” or during family celebrations. These women like and marry handsome men, but you get a sense that they are only nice accessories. “’That’s my first husband, Mitch,’ Wendell says fondly” on her wedding day.

The asynchronous and fragmentary structure of “Cousins” allows Beard to juxtapose mothers and daughters across the decades, knitting, unraveling, and re-knitting their story within non-chronological time. This fragmentary structure highlights how strong bonds and strong characters defy linear time through the circularity of love.

Photo by Max Goncharov on Unsplash