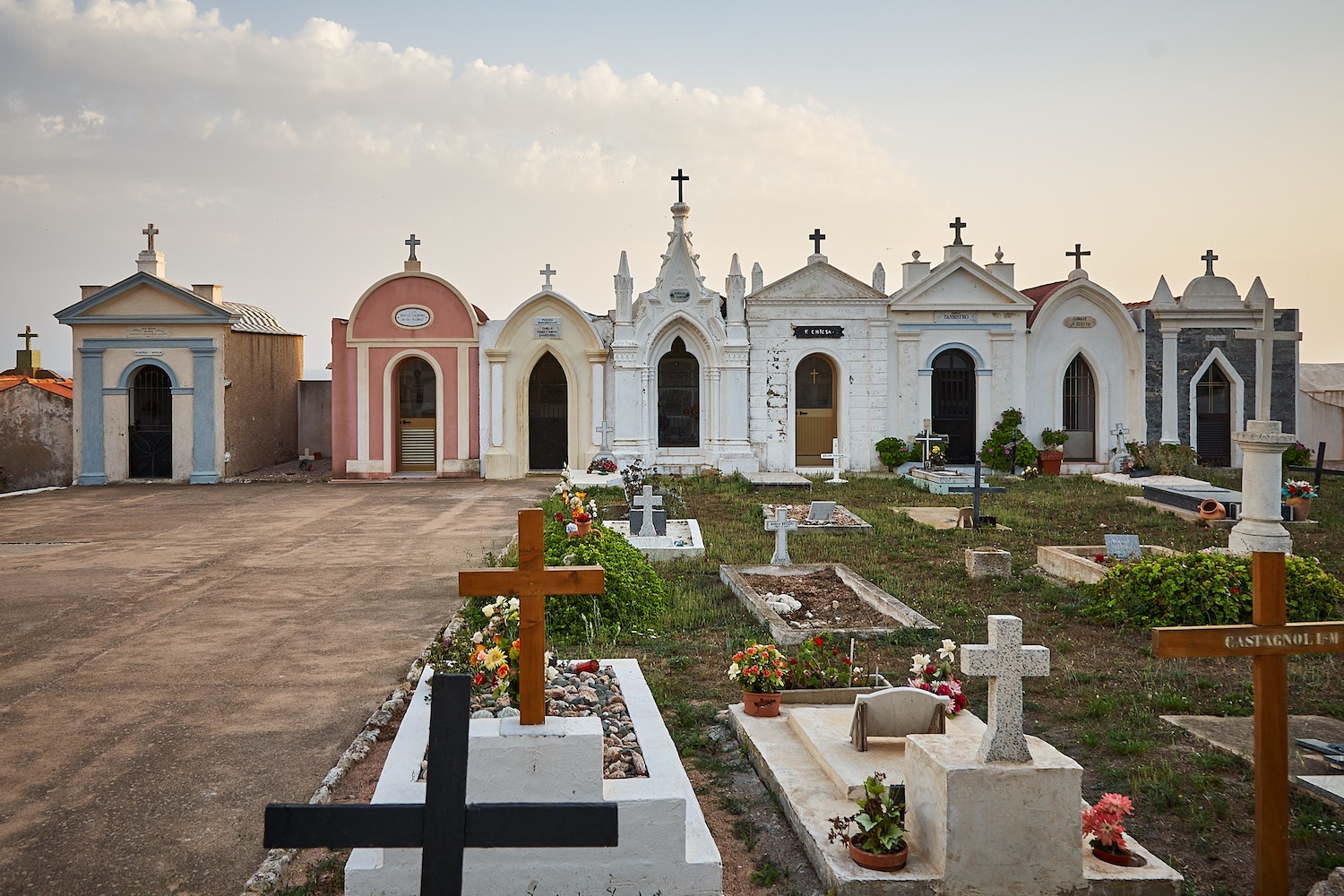 Posted at 13:39h in Learn by Isidra Mencos 0 Comments

Armistead Maupin’s Logical Family starts, as is common for many memoirs, with a prologue. Most memoirists not only narrate a story, but also interpret it for the reader through musing — deciphering from the present what the past meant. A prologue helps set up the theme(s) and explains why the memoirist has chosen to write about one particular journey from the many in his or her life.

Maupin packs in only 2 pages not only his overarching theme — his identity and evolution as a gay man  — but numerous other topics that will cross the book throughout.

Immediately after, in Chapter One, also very brief, he uses a “donut structure” to clinch his themes for the reader. (A donut structure is when you start and end a piece of writing with the same theme or motif.)

It’s an excellent example of a key piece of advice memoir writing teachers such as Marion Roach Smith or Joyce Maynard insist upon: Know what your book is about before you start writing it, and make sure every single page is related to your theme.

This post analyzes how Maupin uses the Prologue and Chapter One of his memoir Logical Family to emphasize the main and secondary theme(s) for the reader with surgical precision and remarkable economy.

Setting the theme(s) in the Prologue of Logical Family

The main theme in Logical Family is Maupin’s identity as a gay man: intuiting and then discovering he is different than mainstream people; the tensions his gay identity inflicts on the relationship with his arch-conservative family, from his fear of coming out to them to the silence that clouds their response; accepting his difference, first with guilt and later with joy; and finding the ideal setting to embrace his sexuality, San Francisco.

Other themes in his memoir include his love of writing and his career as a writer; racism and conservative politics (he grew up in a right wing Southern racist family, and was racist himself as a youngster before he knew better); family secrets and family lies; the loving and supportive relationship he had with his mother; the difficult relationship he had with his domineering father; Tales of the City; and finally AIDS, and gay activism. I hesitate to call these themes “minor” because they are important, but they are not THE crucial quest in the book. Maupin connects them all one way or another to his long journey towards owning his gay identity with pride.

The prologue places the author as a young child in the cemetery, where he goes with his family every Sunday after church. Here is the first sentence:

When I was a boy in Raleigh I was afraid of being locked in Oakwood Cemetery overnight.

Maupin achieves three important things in this short sentence: he gives the reader a precise place — Raleigh and its cemetery — and time — he was a boy—, and he creates intrigue. Why would a young boy fear such a thing? And what is he doing in a cemetery? It’s impossible not to keep reading.

The fact that he starts his memoir surrounded by corpses, “corroding angels”, and eternal stones, also sows in the reader’s mind an association between this Southern city and the immobility of dead traditions — an association that he will continue exploring through the prologue and the book.

His father, while they visit the grandfather’s grave, takes “never-ending slides” of him and the rest of the family, who pose “sullenly … as rigid as garden gnomes” (emphasis mine). He has self-published a not very truthful family history where he “lays out the rules for his children” and brags about his distinguished ancestors, who are buried in the family plot “on a rise with the other Nice Families.” We learn that Maupin’s grandfather died in a mysterious way (allusion to exclusivism and racism, family secrets, family silence, and family lies).

The reader keeps wondering what caused the young boy’s fear. It’s not the graveyard itself, as one would think. As a boy, Maupin tells us, he loved the antiquity of the place, although his interest laid more “on the writings on the stones” than on what lay beneath them (a reference to his love of writing, another theme of the book).

We find out the root of his fear when we read that behind each of his successful ancestors, according to his father, “there was a self-effacing and goodly old lady by his side.” Maupin tells us: “I was still too young to realize that there would never be a lady by my side, goodly or otherwise,” but he did feel “a shapeless longing, and oddly grown-up ennui born of alienation and silence.”

This is the third reference to silence in the prologue: he has already told us that he never communicated his fear of being locked in the cemetery to his parents, that his grandfather’s death was cloaked in mystery, and now he references growing in alienation and silence. He knew he was different, that he didn’t belong in the “Nice Families” pantheon. That’s why people like him, he says, end up “venturing beyond our biological family to find our logical one… if we are to live without squandering our lives.” His logical family will be people who accept him and love him as a gay man.

Clinching the theme(s) in Chapter One of Logical Family

Although Maupin revealed his gay identity to friends relatively early, he never told his family directly that he was gay. He let them know indirectly, through his public writings. His family’s unspoken pact of silence over anything considered shameful weighed on him like a stone over a corpse.

In Chapter One he uses a donut structure to emphasize again his theme(s) and reveal how he tiptoed around coming out.

Chapter One of Logical Family, which has less than 5 pages, starts with his “first effort at writing”: a letter to a 3 year-old girl who had fallen inside a well. Enthralled by the story, which was covered in TV, he dictated that letter to his mother, since he was too young to write himself, unaware it would never get to this girl, who died in the well before being rescued.

I was a little surprised to see such an economical writer spending more than one page talking about this little girl’s case. Why was it so important or how was it related to his main theme? I found out at the end of the chapter. (I also realized later that the motif of this case —letter writing — would resonate as well at the very end of the book.)

The chapter goes on to describe how his mother was an avid letter writer. Her letters sustained him during summer camp, when he felt ostracized by other boys, befriended only by another odd duck out or, as he says, another “miserable ectomorph.”  This summer mate contacted Maupin when he was already a famous author: “…he told me he was gay like me but not very good at it … I’m wondering if he ever made it past the plague, or if he lives with the virus …”

The sentence above is another example of Maupin’s skill at bringing in together the different threads of the book with the tiniest of remarks. Not only he alludes to being gay, but also to the deep imprint the AIDS epidemic left in him and the gay community.

He ends the chapter when he reunites with his family after summer camp, and anticipates the death of his beloved mother when he was still in his thirties. He explains that, even though she must have known “who I was” he never told her upfront. He chose to come out through a letter that Michael Tolliver, a main character in his series Tales of the City, sends to his own mother, confessing he’s gay. Maupin knew his parents subscribed to the newspaper and always read his column, but they never said a word.

Here is how he finishes the chapter, in a perfect donut structure:

I had avoided the chance of rejection by addressing my message to everyone and no one. I had thrown it down a well, and there was no voice from the bottom.

Just as the cemetery had become a tacit metaphor for the closet, the well becomes the metaphor for his family’s silence, born of the fear to address challenging topics directly, a perfect donut structure.

The book itself ends with an epilogue —the “Letter to my Mother” published in Tales of the City. This piece of writing, according to Armistead Maupin, has had the most impactful in his long writing career.

The precise and tight way theme is introduced in the first pages of Logical Family are proof of Maupin’s craft.