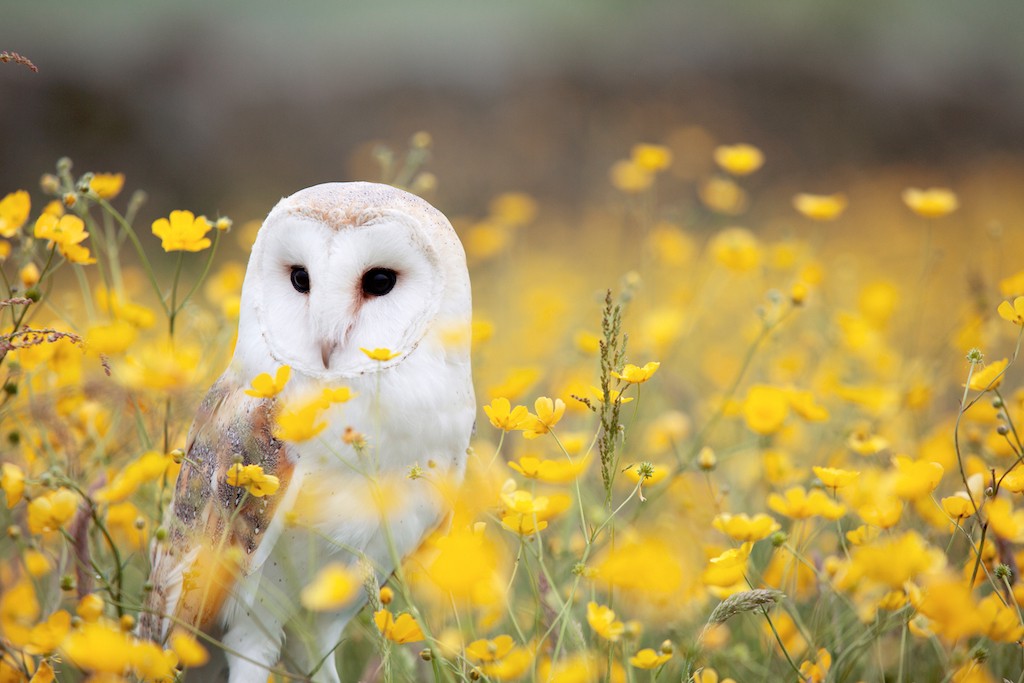 Posted at 15:32h in Learn by Ernesto Rosado 1 Comment

The last couple of weeks I’ve been reading Let’s Explore Diabetes with Owls, by David Sedaris. His style has a simplicity that is hard to achieve. He keeps you reading as if you were gliding down a slide, so smooth and easy comes one word after the other.

Each piece takes an everyday anecdote that could be boring and elevates it through keen observation, humor and emotion. No topic is too small: a visit to the dentist, owning sea turtles as a child, picking up litter in England’s country roads, waiting in line at the airport or at a hotel coffee shop.

Some of his stories meander. The narrator jumps between different time periods and seemingly unrelated people, animals and objects. You keep reading — gliding down that slide — while in the back of your mind you’re wondering: Where is this going? What is this about? Then the ending ties all the threads and delivers an emotional punch that is deeply satisfying. You feel that he has helped you make better sense of the world.

To illustrate how he achieves this effect, here is an analysis of one of my favorite stories, Laugh, Kookaburra. (Spoiler alert: it includes the ending, but this shouldn’t impede your enjoyment of the story. Plus it’s only one of 26 stories in the book.) It’s a long and detailed analysis, but bear with me. I think it will inspire you to put more thought into your next story.

Laugh, Kookaburra is a short memoir piece (only six pages, 12 if you count both sides.) It’s amazing how much it packs in such short length.

The plot is divided into:

“I’ve been to Australia twice so far, but according to my father, I’ve never actually seen it.”

The first two lines establish the pugnacious nature of the narrator’s dad, and the father/son relationship in less than 20 words. Talk about being effective!

In the same paragraph, we are informed that dad has also said: “David’s a better reader than he is a writer.” You would think that David gets raving mad after such a disparaging comment, but he doesn’t address it. Instead, he keeps trying to justify that he has actually been to Australia.

There’s no need to state that David must have heard the comment about not being such a good writer, or a similar one, before. We get it. More is implied than is on the page.

Sedaris spends only one side of a page on this set up: a lunch at his cousin Joan’s house, where his father asserts that he hasn’t really been to Australia unless he has seen the countryside.

We get away from the father/son relationship with this sentence:

“Ashamed by the bad impression we were making, I dropped the countryside business, and as my dad moved on to other people’s shortcomings, I thought back to the previous summer and my daylong flight from London to Sidney.” [Emphasis mine.]

Sedaris tells us — without ever stating it upfront — that he knows that his father’s aggressive pigheadedness is not personal. He’s just built that way. In the same sentence, he has taken us to his trip to Australia. Another example of tight and effective writing that gives us the tip of the iceberg and lets us guess much more.

Sedaris ties the introduction with the story’s core when he explains that the little he saw of the Australian countryside was thanks to a woman named Pat whom he and Hugh (his boyfriend) had met in Paris. Pat had taught them some Australian expressions such as “shout,” which means treat somebody to something, as in “I’m shouting lunch.”

As a reader, that’s an interesting fact, but you’re not sure what the heck is this bit doing in the story. Same with all the many other details about Australia that crowd every page and compete for your attention. Do not worry. Sedaris only introduces things that have a purpose, as you should when you write. We’ll get to that purpose later.

Next comes a ride in Pat’s car to visit the countryside or, in Australian parlance, the bush. Sedaris describes what he’s seeing out the window as well as the conversation in the car. Pat asks them to imagine life as four stove burners: they represent family, friends, health and work.

They all share what they have cut off. David acknowledges having cut off friends, and perhaps health.

By then they are in the bush. They see a dead wallaby —similar to a kangaroo—at the side of the road. As before, I was not sure while reading what the detailed description of the wallaby meant, but every disparate element of the story has a purpose. (More about that later.)

They stop at a little town, so quaint that it looks like a cowboy town that has been “founded and maintained by homosexuals.” There are cockatoos milling around, eating worms.

They go to a restaurant. There are detailed descriptions of the restaurant, the view from the window, an eccentric diner, etcetera. David sees a kookaburra (a bird) on the deck. A waiter offers him a bowl of raw duck to feed it. David goes to the deck. He explains how the kookaburra eats: slamming each piece of meat on the rail a good ten times before eating it.

So far, everything is narrated in an objective way: I saw this, we talked about that, I thought this, Hugh did that, etcetera.

Sedaris creates such a detailed setting that you become immersed in the moment, and almost forget what came before. By now, you have stopped wondering how everything relates to everything else. You’re just sliding along in the smoothness of the voice and the vividness of the details.

“On or about his third helping, I got used to the feel of a bird on my arm and started thinking about other things, beginning with the word ‘kookaburra.’”

How perfect and economical is this transition?

When David was in fifth grade, a music teacher taught the class a song called “Kookaburra”. David taught it to his younger sister Amy. One night they start singing it while lying side by side in bed. After half an hour the father pops in, “dressed in his standard around-the-house outfit, which is to say, his underpants.”

Dad complains that it’s one o’clock in the morning and sends David to his room. David knows it’s only about ten thirty. This scene repeats itself a second time. The father exaggerates even more the lie about the time.

Judith Barrington, in her book Writing the Memoir says:

“Rather than telling a story from her life, the memoirist both tells the story and muses upon it, trying to unravel what it means in the light of her current knowledge.”

Sedaris interrupts the childhood memory, right before the story climax, to give us some perspective on how he views his father.

He starts his musing in an unmistakable way, that takes us immediately out of the observed and detailed description of reality and into his opinions about it.

The third time Amy and David start singing the Kookaburra song, Dad comes with a fraternity paddle and gives David a spanking. There is a detailed and funny description of the paddle, which softens the blow, so to speak.

David lets us know that it wasn’t his first spanking, and that “while it certainly hurt, he didn’t go overboard.” He then explains that he asked his dad a few years later how come he never went overboard, and that his father “chalked it up to a combination of common sense and remarkable self-control.”

There is no judgment, just the facts, and that commentary that makes dad’s explanation funny and ironic. Self-control to spank your kid with a paddle?

David, as always after a spanking, goes to his room very angry, vowing to never speak again to his father, his mother or anybody else in his family.

The last two paragraphs tie in beautifully all the threads: the stove, the bird, the father, the town and the shout.

David, even though he would have wished to turn the “Family” burner off after a spanking (if he had known that analogy at the time,) goes back into musing. He acknowledges that:

“…without them, I was nothing. Not a son or a brother, but just a boy — and how could that ever be enough? As a full-grown man, it seems no different. Cut off your family, and how would you know who you are? Cut them off in order to gain success, and how could that success be measured?”

As he thinks about this, while still on the deck, he takes a moment

“to take it all in, and acknowledge, if only to myself, that I really did have it made. A storybook town on the far side of the world, enough in my pocket to shout a fancy lunch, and the sound of that bird in the distant trees, laughing. Laughing.”

We understand now why it was important to describe the quaint town in detail. It’s a metaphor of his gay identity, now openly declared and lived. We also understand that his life is successful not only because he’s a best selling author with enough money in his pocket, but also because he has kept his family close, the second burner of success.

The image of violent, dead or bloody animals is persistent throughout the story. There is the kookaburra with its meat-slamming habit. An old ram that used to be Pat’s pet. After having his wool shorn, he has deep bloody cuts on his skin. There is the dead wallaby, with its surprisingly shoddy coat and his tail that looks like a lance. There are wild cockatoos eating worms.

All these creatures bring to mind David’s dad, who used to spank him (with his paddle/lance) and continues to slam him today with his low opinions, just as the kookaburra slammed the meat before ingesting it. However, his ferocity is belied by the ridiculous figure he makes in his underpants, and the “contained” violence of his paddle. Trying to look more powerful than he really is — like a ram with bulky wool that hides its vulnerability — he lies, spanks and criticizes, but deep down is just a cranky, not too fearsome man.

David, even though he may need to live his full self “on the other side of the world” to escape the constant beating—not only during the trip to Australia but also as an expatriate who lives in England—, chooses to keep his dad in his life.

What makes the story so effective is that instead of starting it right in Australia, and jump into the stove burners metaphor, the kookaburra and the childhood flashback, Sedaris starts with a snapshot of the imperfect relationship between his dad and himself, today. This way the story becomes a testament to the intentional persistence of love as part of our core identity, even if it has to take the shape of a “bickering old married couple.”

When you read the last lines of the story, all the elements suddenly acquire meaning. You realize that what seemed just smooth storytelling with hyper precise details didn’t have one superfluous image or line. Every single thing advanced the story and its meaning forward, even when you didn’t know it. That’s great writing in my book.