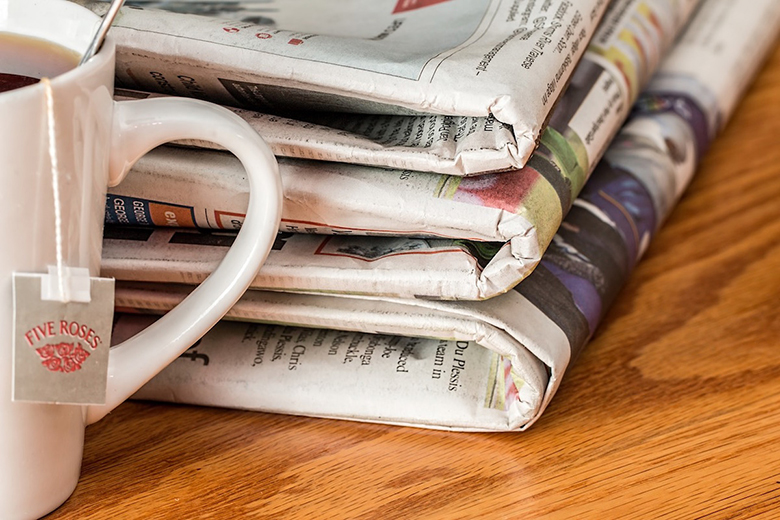 01 May 3 lessons every writer can learn from reading obituaries

Posted at 16:45h in Writing Tips by Isidra Mencos 0 Comments

A few months ago I attended a writing workshop with author Joyce Maynard. She said that all writers should get into the habit of reading newspaper’s obituaries. Shortly after I found the same advice in Marion Roach’s book The Memoir Project.

It seemed weird and morbid.

I thought reading obituaries was a daily ritual for older folks, like my mother-in-law and my mom. “Ah! Such and such died. I’ll have to send a condolence card” or “I’ll attend the funeral,” they’ll say, while sipping their afternoon coffee, secretly happy that the Grim Reaper hasn’t come for them instead.

But what could a writer ever gain from reading obituaries?

Quite a lot, as I discovered once I started reading the New York Times’ obits. Here are three lessons a good obit writer will teach you.

Obituaries writers —unless they are writing an advanced obit for a celebrity— get their topic in the morning and write an 800-words evocative story in just a few hours. Their deadline is imposed by the needs of the paper, but we can learn to apply the same method:  Set up writing goals and stick to them as if our job depended on it.

Don’t be soft. If an obit writer can finish a publishable piece that needs copious research in less than eight hours, five days a week, you can develop the muscle to write a certain number of words per day, a certain amount of hours per week, or a set quantity of blog posts per month.

Lesson 2: Every word counts and every sentence needs a picture

Obit writers are the great compressors. They need to distill a life into 800 words. They learn to choose small details to make a story vivid.

Legendary NY Times obit writer Robert McG. Thomas was a master of the form. He loved oddball figures who never became big celebrities. He also had a knack for giving us images that stick. For example, while describing Miss Daisy Anderson, a former slave’s widow, he wrote that she “eked out a living teaching the alphabet to neighborhood children and owned one dress.” Talking about her late husband’s experience as a slave, he writes that “Miss Daisy later said the welts on his back were as thick as her own fingers.”  (52 of McG’s obits were published posthumously in a book.)

Compare these expressive details with the dry milestones’ lists you find in the death announcements written by relatives: the university titles, non-profits’ affiliations, and family names accumulate like a wall of bricks without ever giving you a real picture of the deceased.

Study how a great obit writer brings a person to life through very precise details, because you need to do the same.

Lesson 3: Who and What to bring in or leave out

Obit writers choose who to write about. Often they’ll pick a person unknown by the general public, but who has a fascinating story. (You can see some examples in the just released documentary Obit, by Director Vanessa Gould, which follows a day in the life of NY Times obit writers.)

It’s not necessarily the bigger than life characters who will get a reader’s attention. As Margalit Fox says, in an article published after the film’s release in the Tribeca Festival,

“In scouring the world for our obituary subjects, we often gravitate toward unsung heroes and heroines who have managed, however quietly, to put a wrinkle in the social fabric.”

A writer’s characters also need to put a wrinkle in the social fabric. They need to be people who change through time, and alter their surroundings. A bored provincial housewife can be fascinating when seen through the lens of her dissatisfaction and the way she chooses to challenge the norms, not always to her benefit (as is the case in Madame Bovary, by Gustave Flaubert.)

Obituary writing is an exercise in discernment. Once an obit writer has his subject, he needs to choose, among the thousands of anecdotes and facts that make a person’s life, the ones worth remembering. In are the small gems that give us the big picture, entering through the reader’s senses and moving her intellectually and emotionally. Out is the repetitive stuff of daily life, the lists of titles and medals that don’t bring color to the subject.

Writers can learn a lot about character development and building effective narrative arcs  from reading the best obits.

You can find endless ideas for new stories in the daily obits. Here are two examples from the last two weeks:

Elizabeth Sargent’s obit, published April 21st in the NY Times, highlights that she was the last tenant living above Carnegie Hall. We learn not just about this poet’s life, but also about an artists’ enclave that became home for artists, writers and musicians like Mark Twain, Leonard Bernstein, Norman Mailer, James Dean, and Marilyn Monroe. Isn’t this place “built not on power, but on love,” as Ms. Sargent said, a wonderful background for a novel or non-fiction book?

Richard Haynes’ obit, published April 28 in the NY Times, is the story of a flashy lawyer who won notorious murder cases, often thanks to his mastery at choosing biased jury. His life has already been the topic of a book, but there’s material for several more.

So the next time you open the paper, don’t skip the obituary pages. Read them closely. You may learn a trick or two about how to be a better writer.